Work on the Nintendo DS port was started in November 2007 and it is currently still in the alpha stages of development. It is playable though and the most recent version can be downloaded from [this forum thread].

Q: How I can edit maps on Alpha 6? Button are on upper screen and I cant swap them! A: You can use one of the shoulder buttons to swap the screens. Sometimes you will need to hold the button for a second or so.

Those shots were taken from version Alpha 6. 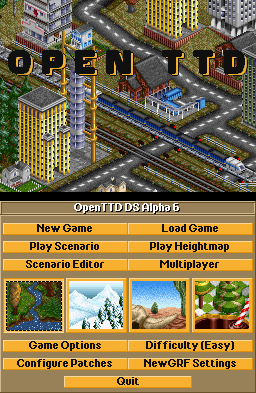 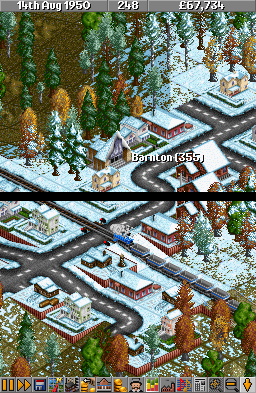 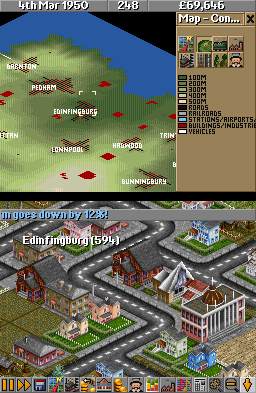 Currently the following alpha releases are planned for the future. They are very much subject to change.