All articles in NoAI category

SimpleAI is a remake of the old AI which was present in the game until version 0.6.3 (and the original Transport Tycoon as well). It builds simple point-to-point routes in a similar fashion to the old AI, but it uses a better pathfinder instead of the algorithm that the old AI used.

SimpleAI uses trains, road vehicles and aircraft, and is compatibile with all cargo types.

The following pictures show the characteristic style of SimpleAI:

Road vehicle stations are built together with depots, and usually 5-25 road vehicles can run on a single route (the upper limit is configurable). The AI doesn't use trams nor articulated vehicles, because it only builds terminus style stations.

Railways can be single or double: On single railways, only one train runs which is 2 or 3 tiles long, depending on the length of the route. The stations have one platform each. On double railways, two 3-tile long trains run on the route, and there are two passing lane sections where the trains can pass each other. The rest of the rail line is not doubled. The stations have two platforms each.

The AI uses airplanes as well, and tries to re-use airports if more than one air route is connected to the same town.

SimpleAI builds its routes randomly, so it is suitable for running multiple instances of itself, it usually won't compete with itself at the same locations. Although it goes for subsidies, so if there are mutiple instances of SimpleAI, it is advisable to turn down the frequency of going after subsidies (this setting is described later).

By default, the AI won't compete with other companies at industries where the service is already good enough. The limit over which a service is considered 'good enough' can be configured through the settings.

The AI will try to avoid building level crossings if possible.

SimpleAI is mostly compatibile with NewGRF vehicle and industry sets. It has been tested with the ECS Vectors and the FIRS Industry Replacement set, and various vehicle sets including eGRVTS, UKRS, NARS, the 2cc Trainset, the Aviators Aircraft set, and the OpenGFX+ vehicle sets. Itt will try to transport all cargoes available, and it will build NewGRF railway stations if available (for example, the Industrial Stations Renewal).

However, the AI has problems with NewGRFs that include additional railway types, and may have financial problems if certain vehicles have high running costs. 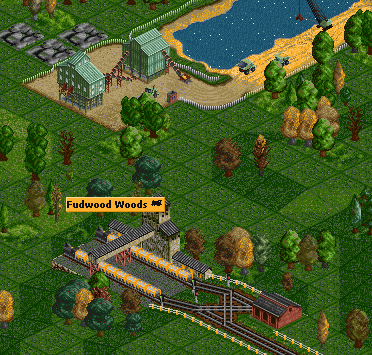 SimpleAI with the FIRS Industry Replacement Set, the UK Renewal Set and the Industrial Stations Renewal

The configuration window of SimpleAI

SimpleAI is not a competitive AI, so it doesn't build routes which have the highest profit, instead it builds randomly. It may get into financial trouble if running costs are too high (due to a NewGRF), inflation is enabled or infrastructure maintenance costs are enabled. 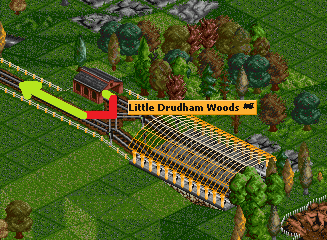 It is also advisable to have the build on slopes setting on, as the AI will not do any terraforming while building routes.