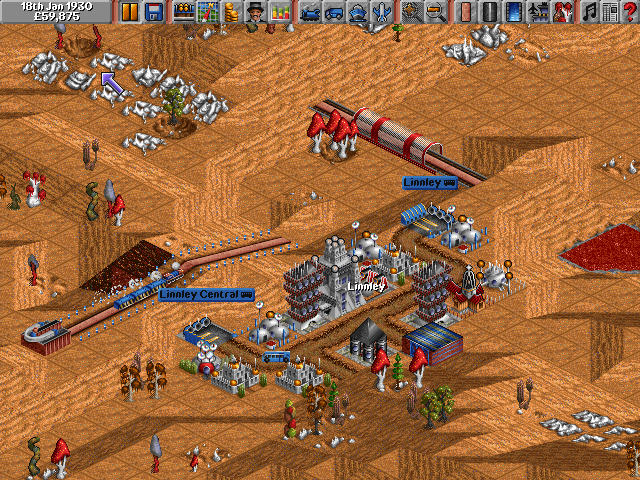 Mars climate (Not in OpenTTD)

The Martian "climate" is not in OpenTTD, as it was curiously omitted from Transport Tycoon Deluxe. It appears only in "Transport Tycoon & World Editor", as the "alternate" graphics set. While the graphics, including the UI, are radically different, the vehicles and industries are identical to the temperate climate, down to the names.

However it is possible to get a GFX file that replaces Toyland with Mars. It's mainly a graphics change but it also keeps all the new trains from Temperate.

This GRF can be found here: http://george.zernebok.net/newgrf/t2m/newtoyland.html