There are four climates in OpenTTD: Temperate, Sub-arctic, Sub-tropical and Toyland. Each climate has its own landscape graphics as well as a different selection of Vehicles, Industries and Towns. The climate also affects other characteristics of the game, such as requirements for Towns. 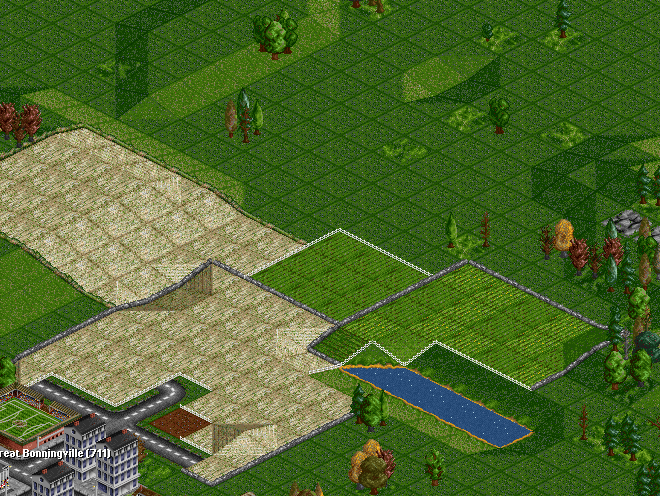 The temperate climate dates back to the original Transport Tycoon of 1994. It is based on the United Kingdom, where Chris Sawyer, Simon Foster and John Broomhall, the developers of TTD live(d). This is reflected in the vehicles, most of which are based on vehicles regularly seen in the UK. It is also evident in the architecture - many buildings in the game are based on real life buildings found in Glasgow, Chris Sawyer's home.

The temperate climate is the most popular climate, as it features the highest variety of and fastest trains. This is also reflected in NewGRF sets, the two most popular being the UK Renewal Set and the DBSet which work exclusively in the temperate climate. The climate also has one of the highest valued goods, coal, and is arguably the easiest to make money in. Unlike the sub-climates, there are no requirements of food or water for any towns to grow and very few restrictions as to where industries can be located. By default, this is the only climate to contain electric trains and multiple unit railcars. 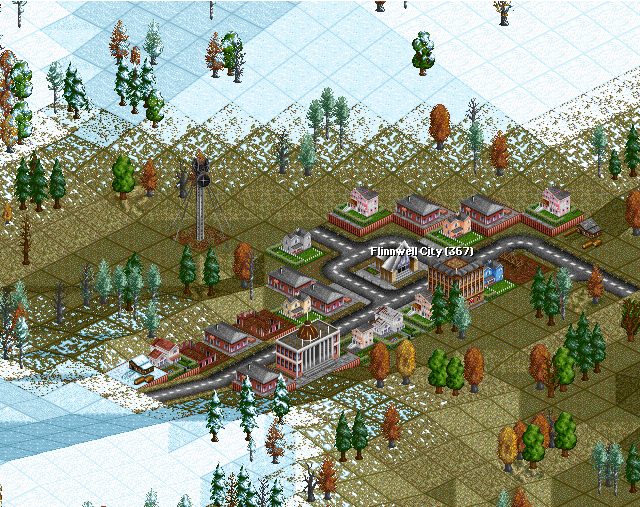 The sub-arctic climate was added in Transport Tycoon Deluxe in 1995 with Sub-Tropical and Toyland. It is based in North America, most probably Canada. This is shown in the style of the trains available and the fact that the town names are still British-based (since Canada is a Commonwealth country).

The most striking feature of Sub-Arctic is the snow above a certain line. Naturally, every building and tree above the snowline also appears covered in snow. There are separate graphics in the Sub-Arctic climate from Temperate and Sub-tropical, but many graphics are re-used, namely the graphics for infrastructure. In Sub-Arctic, there are new industry chains available, including the paper chain and the new food cargo which must be delivered to towns above the snowline to enable them to grow. A slight difference from the Temperate climate is the fact that Forests must be located above the snowline. Sub-Arctic is also a popular climate to play in, but not to the extent of the Temperate climate due to the low choices in Trains. There are no electric trains in Sub-Arctic, and it shares its locomotives with the Sub-Tropical climate. There are replacement sets for this climate, notably the North American Renewal Set. 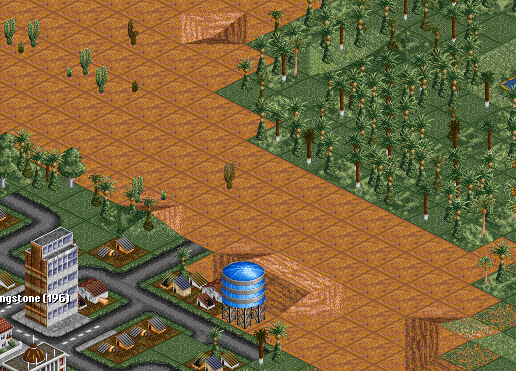 The Sub-tropical climate was also introduced with Transport Tycoon Deluxe. It is based in Latin America, according to the town names and the choice of Trains available.

This climate has lush rainforests where there is grass growing near water locations, yet barren deserts with cacti where there is no water. Towns located in the desert require food and water to grow, the first of which can be produced by Food Processing Plants and the other by Water Sources in the desert which must be delivered to a Water Tower. There are quite a few restrictions as to where industries may be placed, most notably Food Processing Plants and Agriculture which must be placed in grassland, Lumber Mills must be surrounded by Rainforest and Water Sources are only found in the desert. A peculiarity unique to the Sub-tropical is the Lumber Mill, which can only be funded by the player and cuts down trees in the vicinity. If the industry runs out of resources, trees must be replanted by the player. One of the original scenarios from Transport Tycoon Deluxe called "Megarail 1960" was a tropical scenario which taught players about networked railways.

The Sub-tropical climate is not as popular as the temperate climate as the choice of trains in Sub-tropical is the same as it was in Sub-arctic. There is also only one steam locomotive available in the sub-climates. 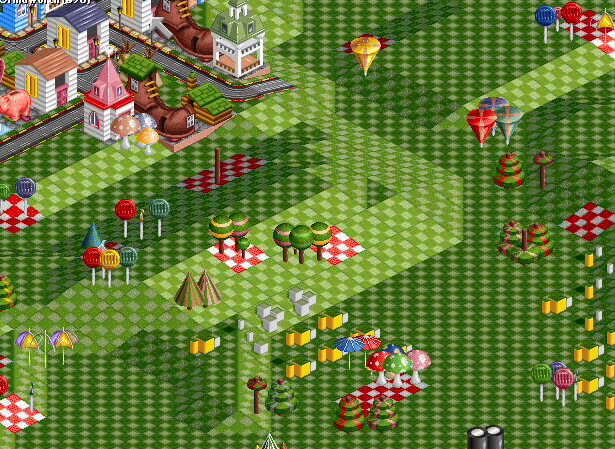 Candy and sweets represent buildings and trees, as well as toys replacing goods and trains. Every single graphic in Toyland is new, including roads and rail. The roads simulate a toy race track, while the railways have larger sleepers. All vehicles have silly sounds and faces drawn on them. There is very little choice of vehicles, with only basics provided with low horsepower.

Toyland is the least liked climate of OpenTTD due to its bright and jarring colours, as well as its overall cheesyness and clichés. This has lead to numerous attempts to reform the climate into a Mars landscape (below), and it will almost certainly be omitted from 32bpp graphics versions of OpenTTD when they are released. All factories and goods are replaced with surreal ones, such as a "Toffee Quarry" and "Battery Farm". The earliest possible starting year for any vehicle is 1935.