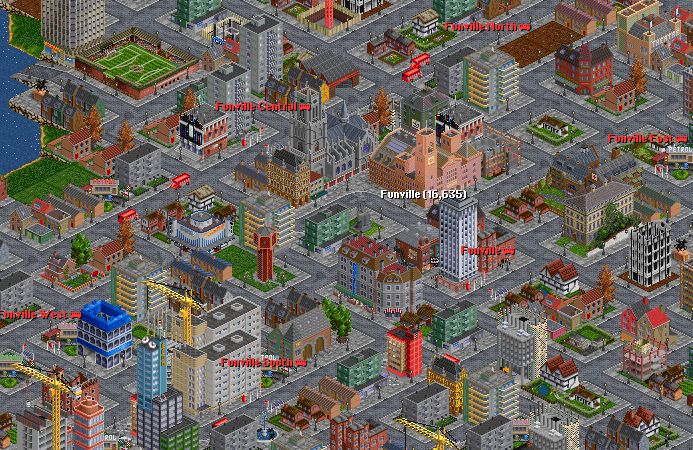 A screenshot showing TTRS, a newhouses GRF, in OpenTTD

NewGRF Houses, known colloquially as Newhouses, is a NewGRF feature for Manual that allows support of GRF files which use this feature. Newhouses is far more advanced than simple image replacement, as it also changes buildings statistics.

Before the advent of newhouses, GRF authors could only replace existing graphics to create new buildings. Now, however, new buildings can be added as well as replacements, allowing for a much more diverse look to towns and cities.

The original feature was created by Csaboka for TTDPatch and by a number of developers, including Maedhros, Belugas and Peter1138 for OpenTTD.

Currently there are few Newhouses sets available, the most notable being the Total Town Replacement Set by Zimmlock. There are also several known to be in development, such as PikkaBird's Urban Renewal, and Michael Blunck's Diversa.