To Do
Tidy this up into a proper showcase of complicated signaling arrangements. Maybe even export it all to new types of Junctionary (en) or into Stations (en). 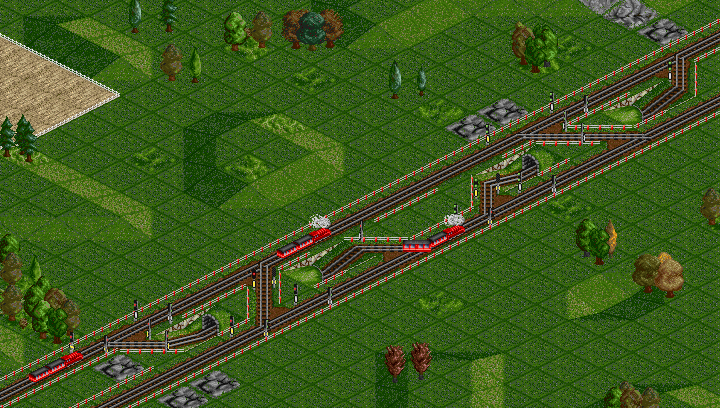 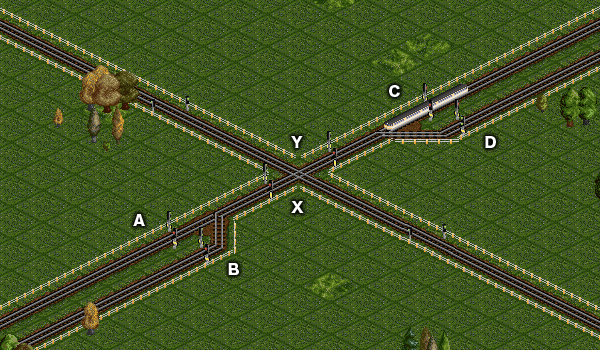 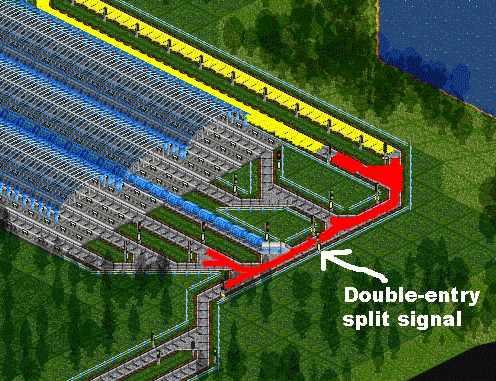 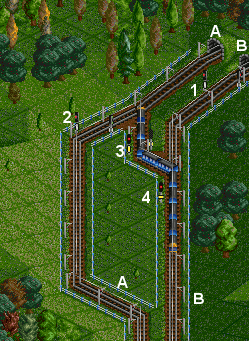 Suppose you have two tracks leading from two sources to the same location. You want each source's own traffic to have priority on its own track but want to utilize spare capacity on one of the tracks because the other is getting busy. This can be achieved with Signals (en).