Waypoint is a Railway construction structure which occupies 1 by 1 tile of a straight rail track. It operates in the same way as Buoys to be the checkpoint in the route Orders of the train, meaning the vehicle does not stop at the waypoint when it reaches it, but simply passes through it as fulfillment to the orders. Like buoy, the reason to build the waypoint is that the pathfinding AI of vehicle in the game is far from perfect to determine the best path to reach its destination in a very complicated network, even after numerous attempts of perfecting the pathfinding algorithm. This leads trains to get lost from time to time.

Stations can be itself used as a waypoint by issuing the "go via" or "go non-stop via" orders in the train's orders, if there is already a station on the midway of the train's route and you do not want to build an extra waypoint.

When to use waypoints

Waypoints force the trains to go through a certain track, giving the player more control over their vehicles.

For example, trains taking Oil to an Oil Refinery may share the station with the ones taking Goods out. Sometimes it may happen that the station fills up with goods trains waiting for cargo, not letting the ones carrying oil through, so the factory can no longer produce goods. To prevent this, one can order the goods trains to go through a waypoint on a particular track. 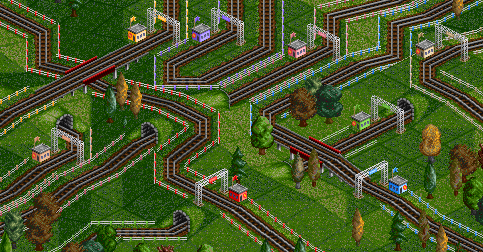 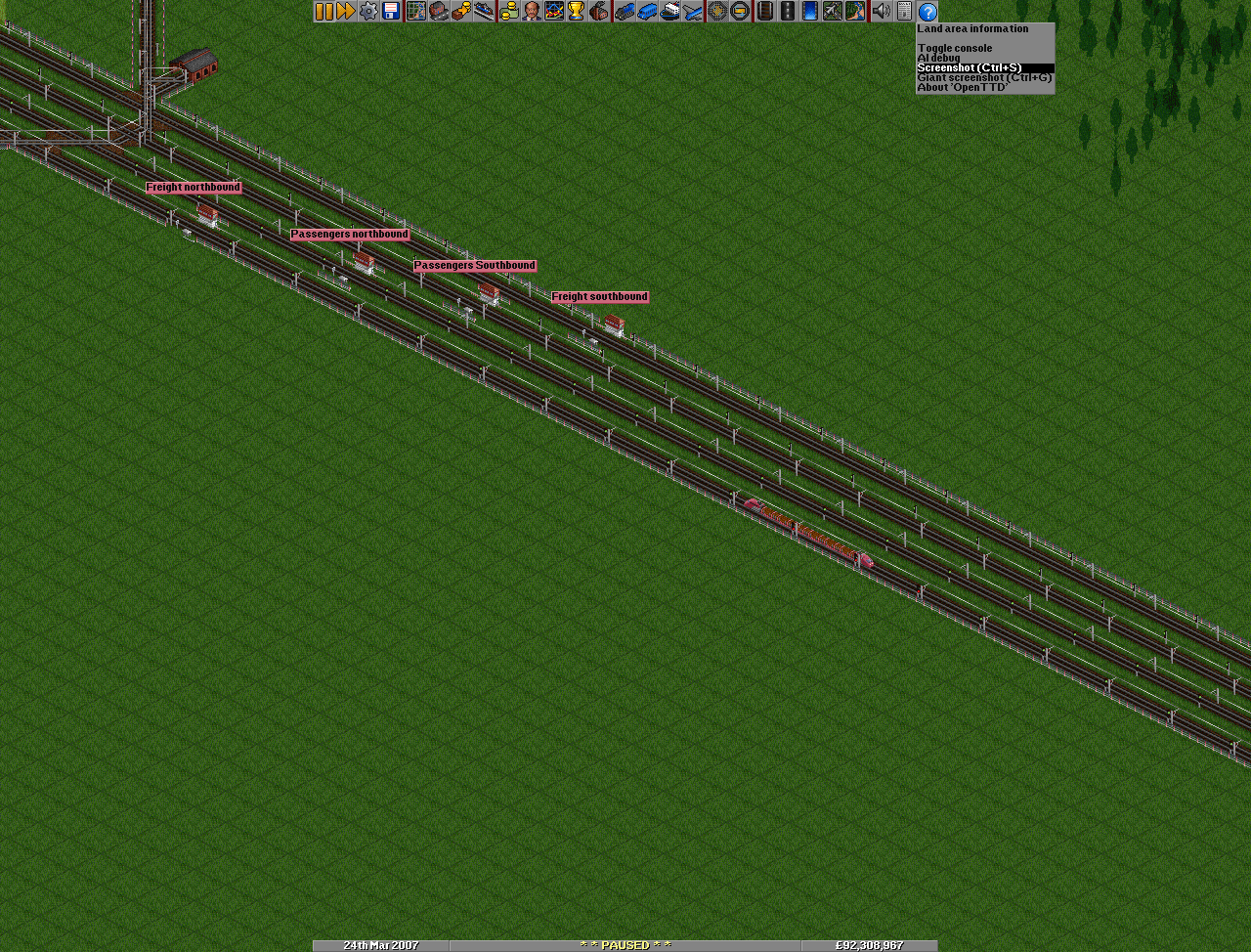 How to build and schedule waypoints

You can add a waypoint to a train's Orders in the same way as any other destination (for example a Stations). Waypoints appear in orders prefixed with Go via Waypoint.

Waypoints allow for newgrf changing. Available NewGRFs with custom waypoint graphics are for example Newstations from Michael Blunck and the UK Waypoints from Born_Acorn.

Like building normal waypoints, click on the waypoint icon, and you will be presented with a GUI. Choose the style of waypoint you want, then click down on track as you would do normally. 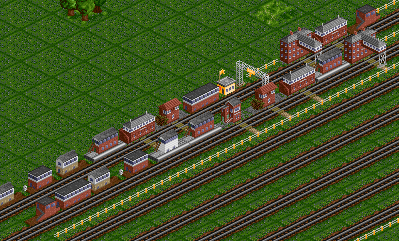