Railways and trains are probably the most fun form of transport to use in OpenTTD. Trains, currently, are the most profitable vehicle. You can build complex rail networks to handle hundreds of trains, and fully control where trains go by using Signals and Waypoints. 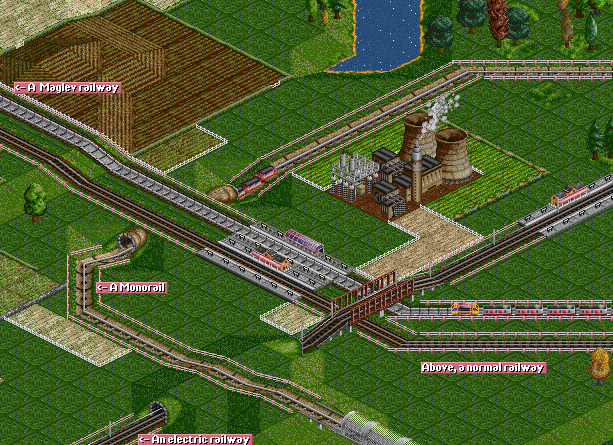 on the menu bar to display the railway construction toolbar.

Here is a quick list of all the buttons (from left to right) and what they do:

Besides building on flat land tracks, depots and stations can also be built on slopes.

To select which type of railway to build, click and hold the railway build button in the main menu.

Note that the availability dates are not set in stone, but are directly linked to the availability of a corresponding vehicle, which can vary some months due to randomness of vehicle introduction, or be completely different if you use any vehicle NewGRF.