The Crossover-Junction is a small junction which can handle a medium amount of traffic. It can be simply built over a mainline without changing too much of it. Only four connections to the mainline are made and the other line stops. To fix this two bridges are built over the original mainline and connected to the other line. A little further two bridges over the new line are made and connected so trains can turn round if they make a wrong turn. 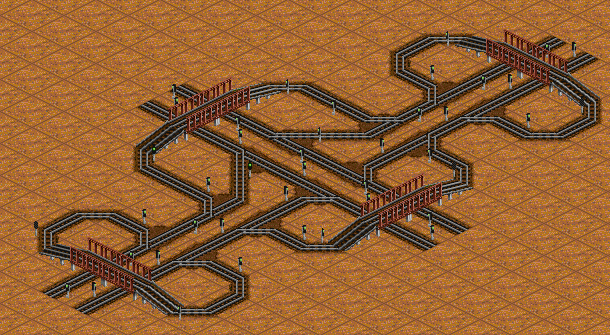 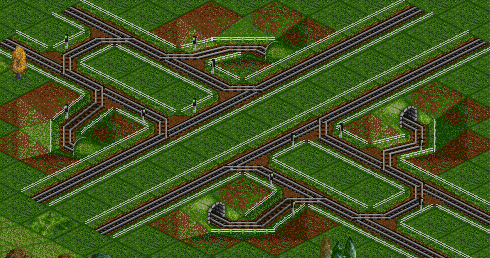 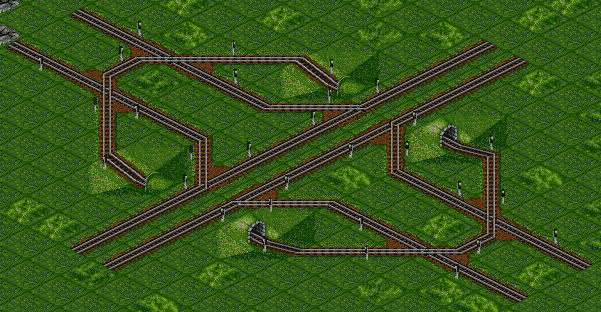