An extended version of the Cloverleaf for mainlines tracked AABB style (indicating the direction trains run in). This junction use tunnels instead of bridges, because tunnels don't have speed limits. As you can see on the image below, there are two tracks leading into the junction and two leading out: the whole reason for a double cloverleaf is to allow more traffic to flow through your line if you have a 4 track mainline. 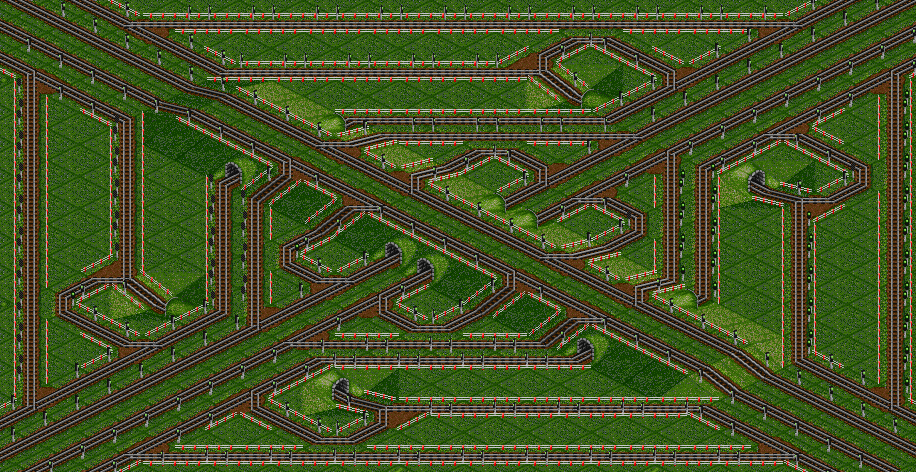 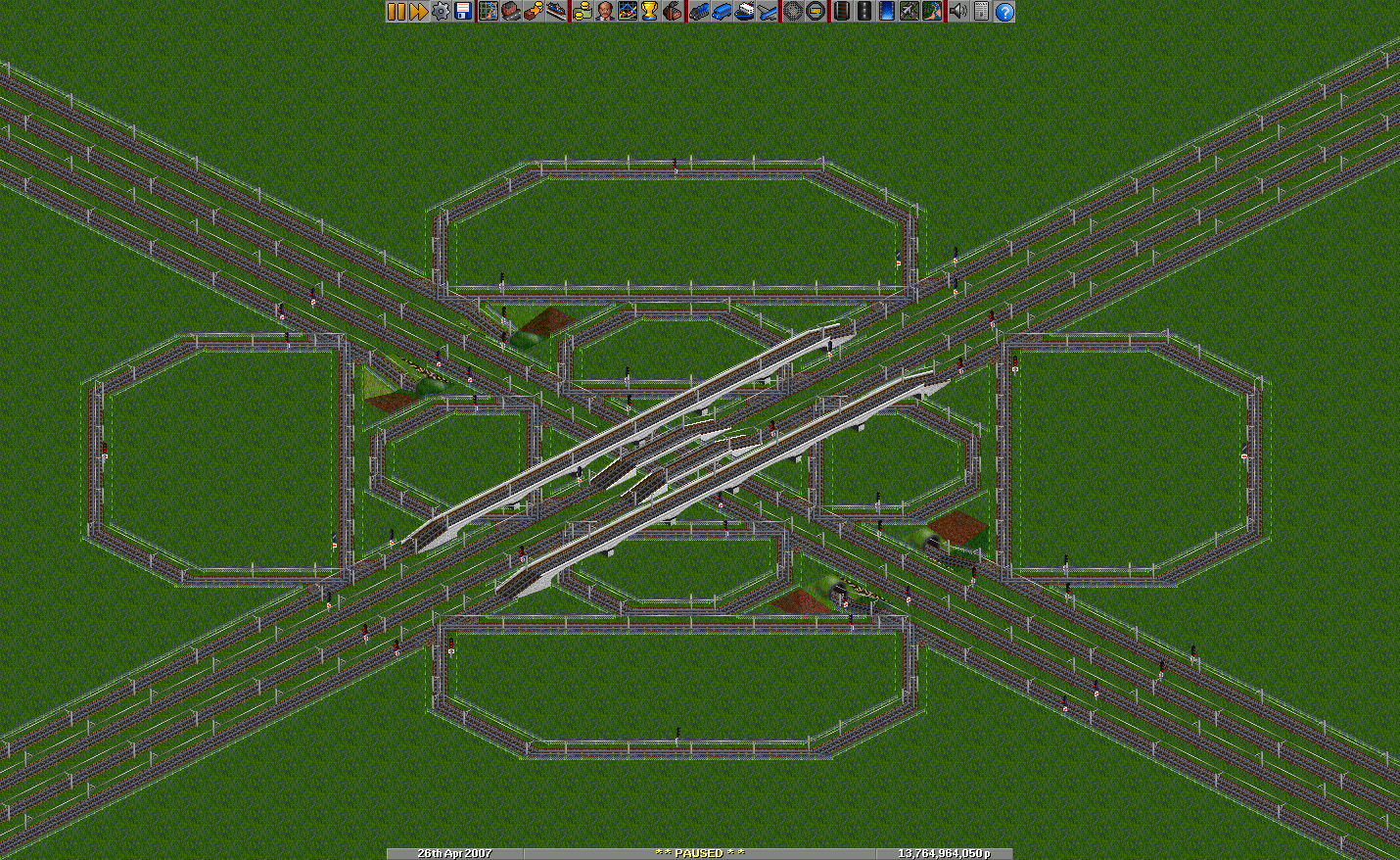 A double cloverleaf 4 way junction without sharp corners, easier to remember, and more looking like a clover leaf. 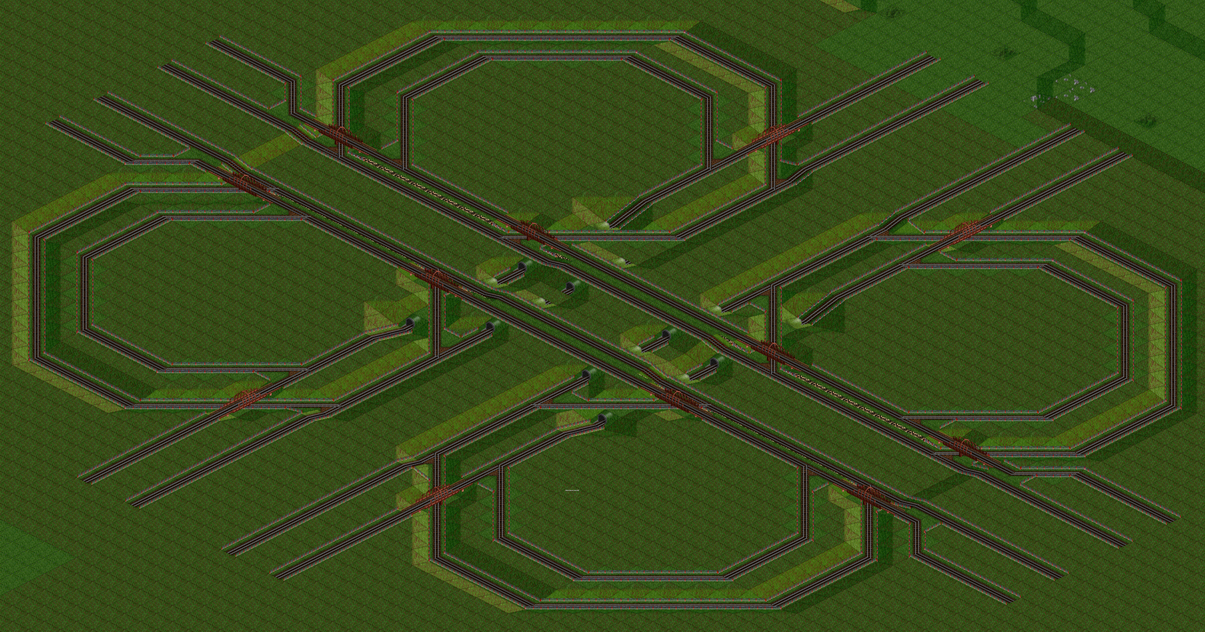 A double cloverleaf 4 way junction without sharp corners than the above, a little harder to remember, and more looking like a clover leaf.

Taking two cloverleaf junctions and overlapping them together produces a 6-way junction. This is similar to the 4W4T clover, except that the mainline is signalled ABAB-style rather than AABB (train direction per track) and that trains can change over (an expensive operation the path finder tries to generally avoid).

It has the same extent as the Clover-in-Clover (24×24). Without the direct right turns, the extent shrinks to a compact box of 20×12. 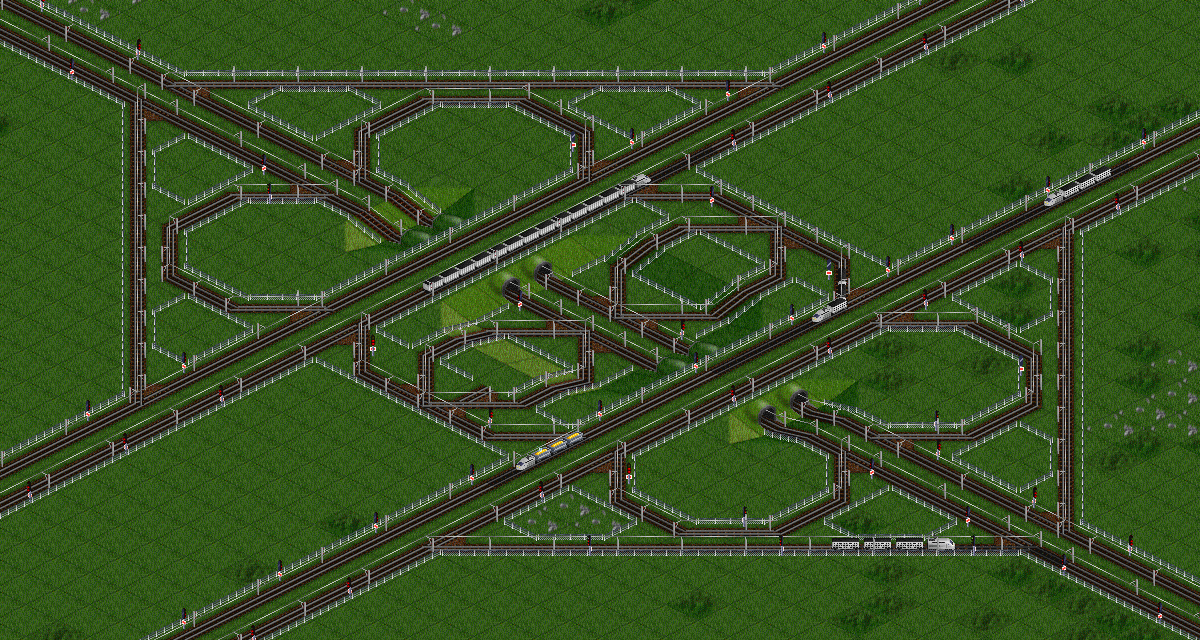 Taking four cloverleaf junctions and overlapping them together produces an 8-way junction. (Again, if one ignores the space, it is a 4-way 4-track interchangeeven though the double tracks are separated by a void of 6 squares, combining them likewise, an 8-way junction can be obtained. This is similar to the 4W4T cloverleaf in that, when one considers the two 2-tracks , and handy when the mainline tracks are signalled ABAB style (indicating direction trains run in) rather than AABB.