The Tetrathorp Junction is a normalized Cloverleaf -- that is, the loops have been reversed and made more natural (if you want to turn left you just turn left). 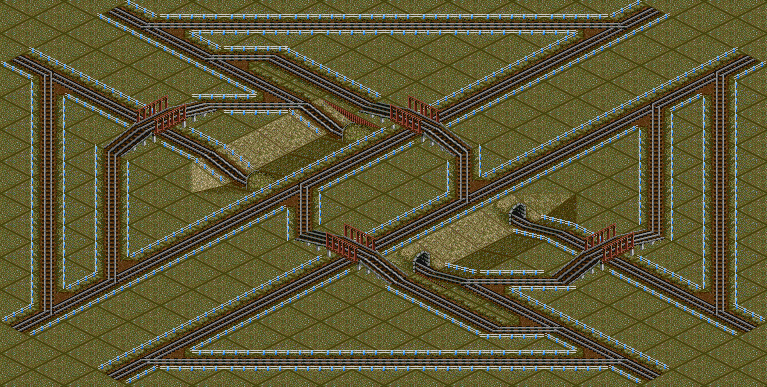 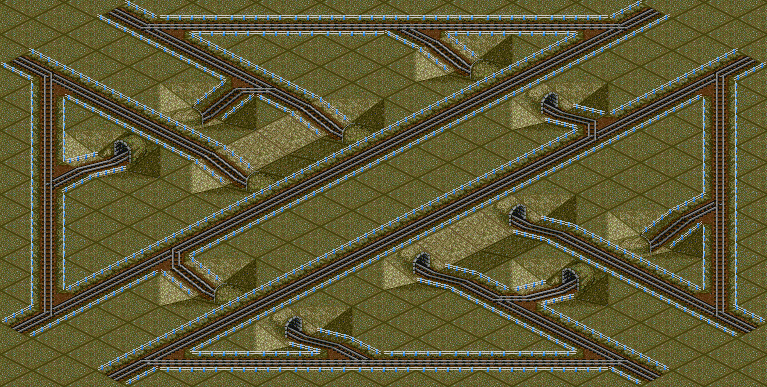 In this design, bridges are replaced with tunnels, and inner lines that branch from the main line merge with outer branch lines instead of directly merging back onto the main line.

This design removes the speed limits imposed by bridges, but still requires some trains to climb a slope twice while turning. 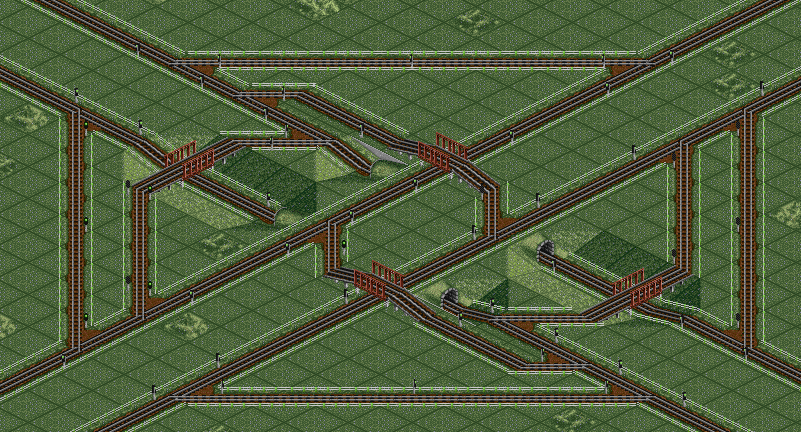 In this design bridges are still used, and traffic merges into the main line, however the track layout has been altered so that trains only have to go up and down a slope once. 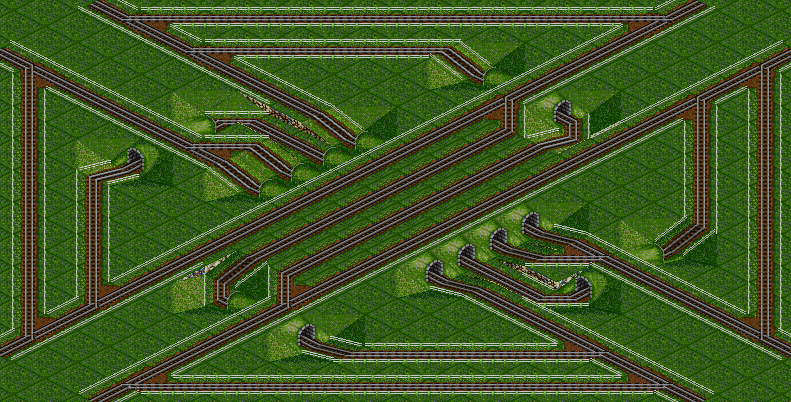 This design is more complex and costly than the above designs, and requires the building on slopes patch to be enabled. However, it should give the best performance of any tetrathorp design.

The most obvious advantage here is that no path across this junction involves climbing more than one slope. However, the use of turning lanes also minimizes the knock-on effects of turning. Trains turning sharp corners can only go at about 80% of their maximum speed, and in other designs, a turning train might force trains behind it to wait while it turns. The use of dedicated turning lanes means that trains don't have to slow down while turning until after they've left the main line. 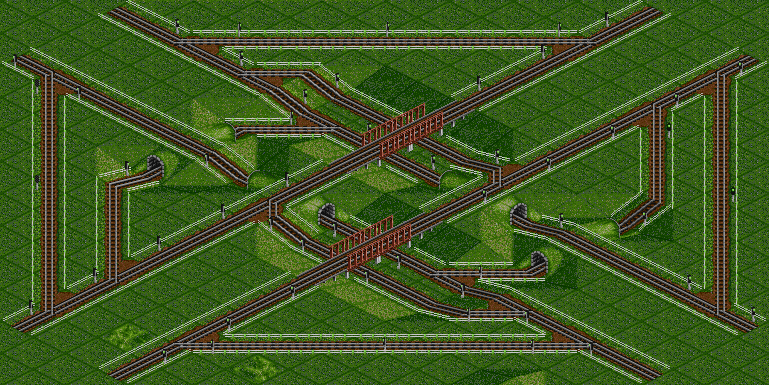 Tetrathorp with tunnels and bridges

Finally, this design tries to maximise the performance of early trains at the expense of later ones, without using the building on slopes patch. Although bridges are used, trains passing through this junction will only have to travel over a maximum of one upward slope or one bridge.

Another benefit of this design is that because tunnels and bridges are kept as short as possible, you can put signals much closer together, allowing trains to follow each other more closely.

After your trains have developed enough so that the bridges are hindering more than they are helping, you can also replace the bridges with plain track by having the tracks under the bridge go through another short tunnel, instead. This will not allow such frequent signal placing, but eliminates the need for bridges, and therefore, speed limits. Faster trains travelling farther apart may be better in your situation than slower trains following closely together. 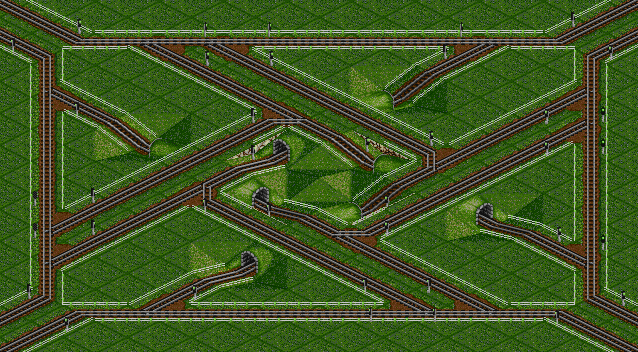 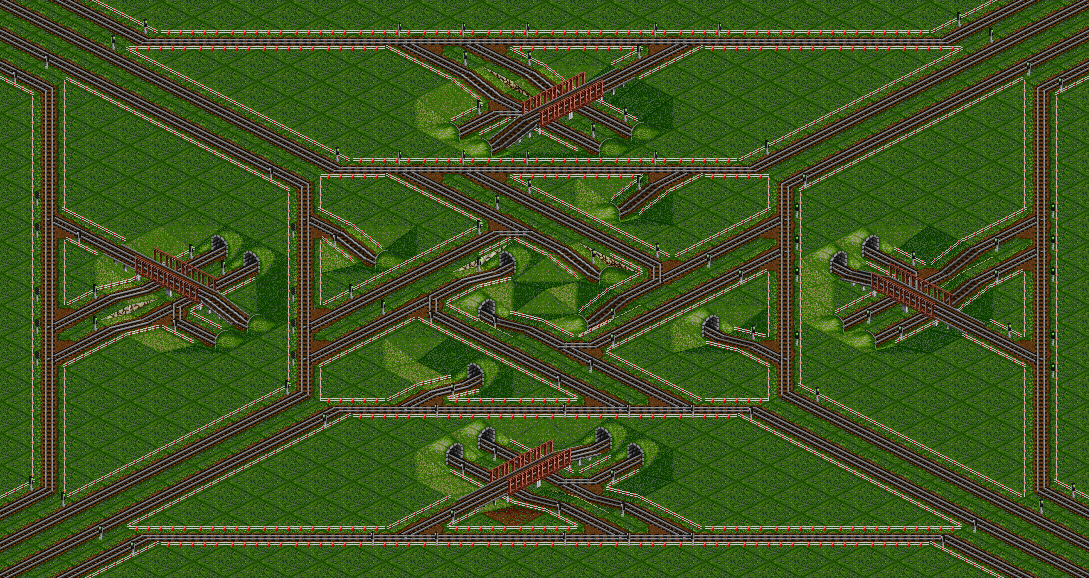 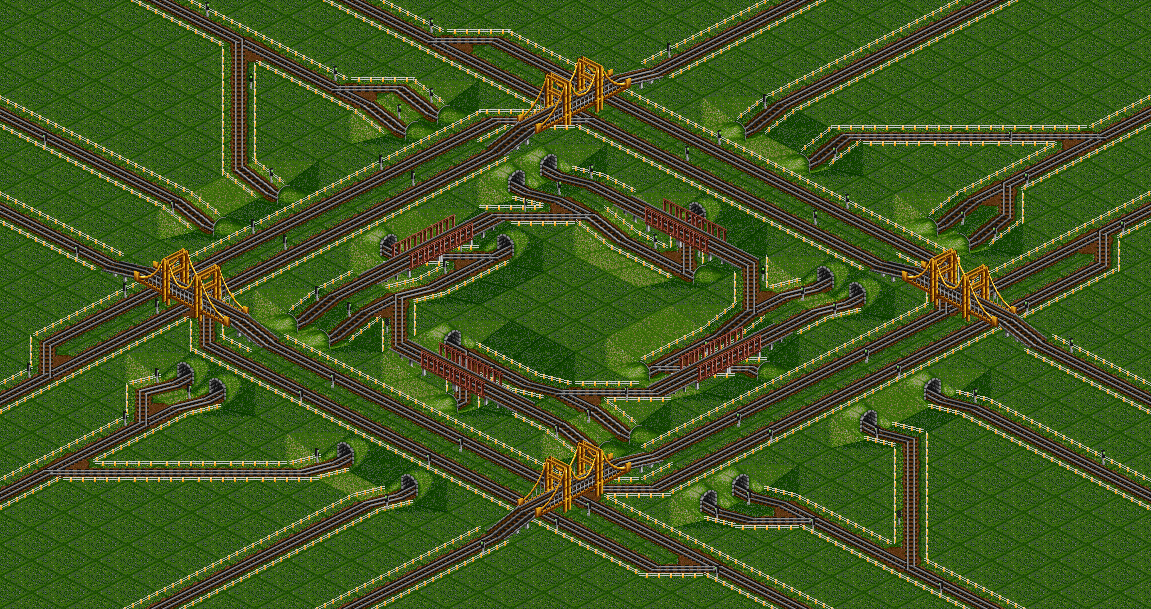 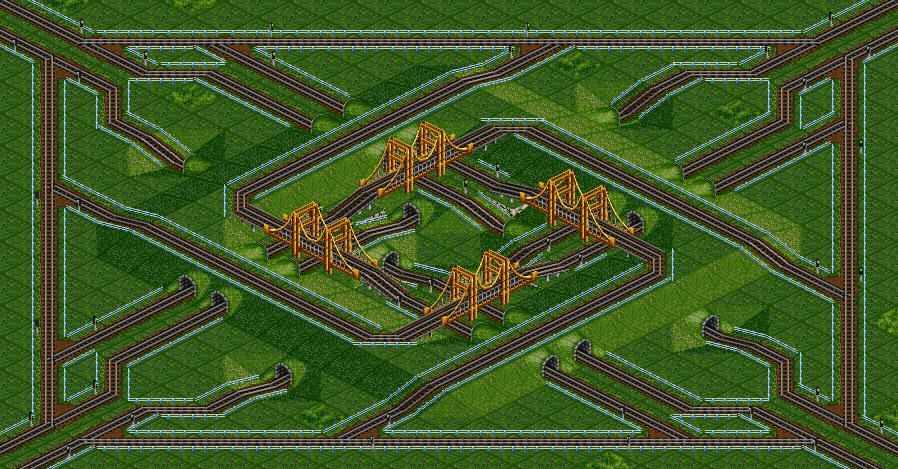 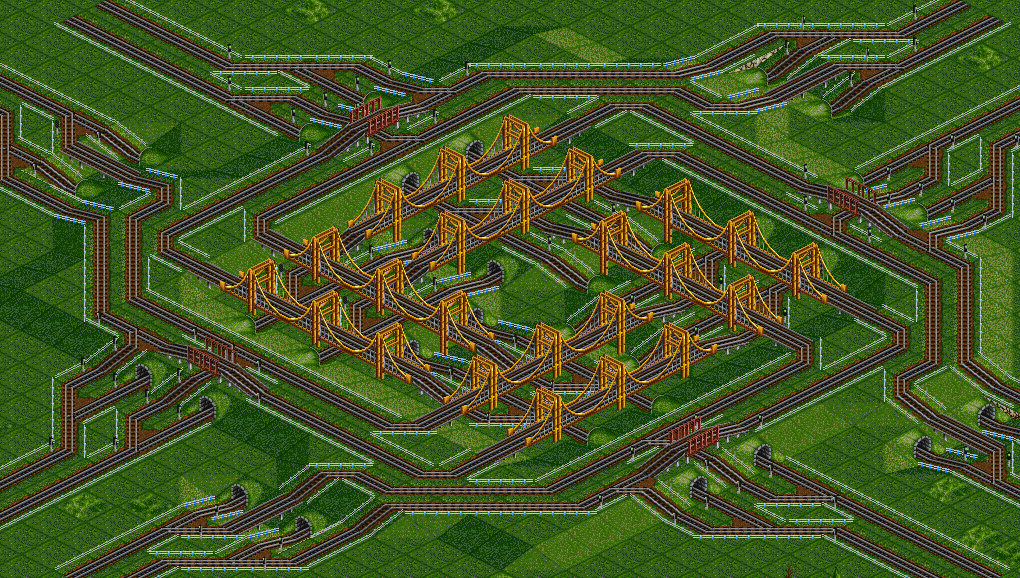 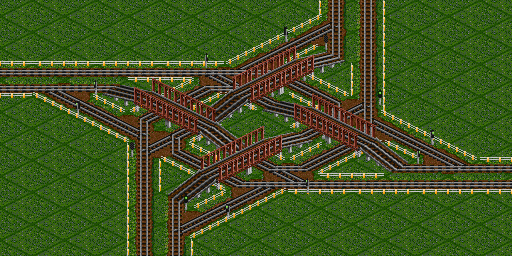 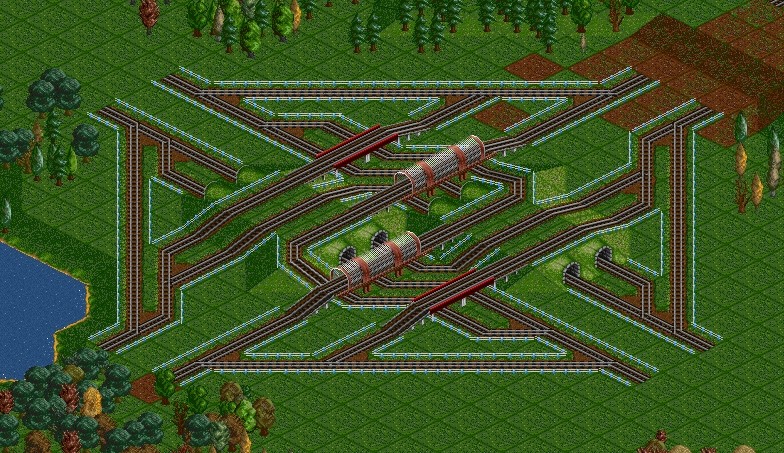 Longer branches, no slopes on one direction. Resembles Star or Branch-Merge junctions.