The Pre-Signaled Roundabout is a combination of ideas. The primary idea is the Right-of-way depots which uses signals to give priority to trains travelling on the main lines. The second idea is your basic Roundabout. One of the flaws of the Roundabout is that it can only handle 2 trains at a time. This slightly larger version can handle 4 trains. Additionally, trains turning right do not need to enter the Roundabout, instead passing by on the outer paths. So even if 4 trains are in the inner loop, other trains can still make right turns. The second flaw in a Basic Roundabout is that there is no preference given to exiting trains or entering trains. Using the Presignal Hack First described in Right-of-way depots, we are able to give preference to trains exiting the loop. This greatly reduces the chance of a traffic jam. (I'm pretty sure the only condition that will cause a jam is four left turning trains entering the loop at exactly the same time.) 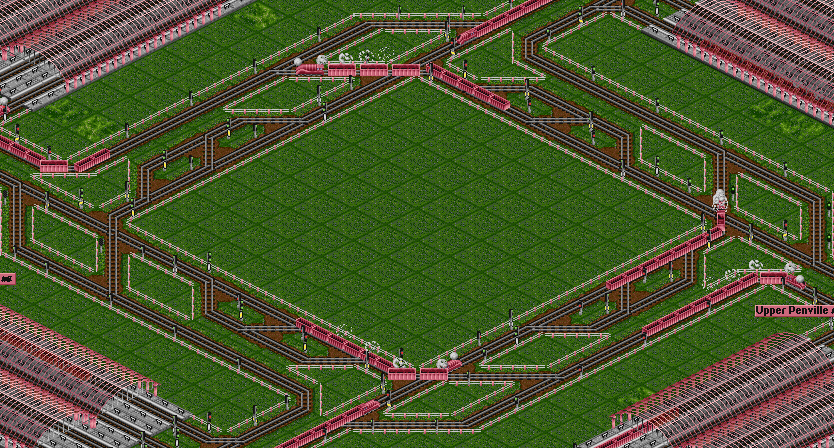 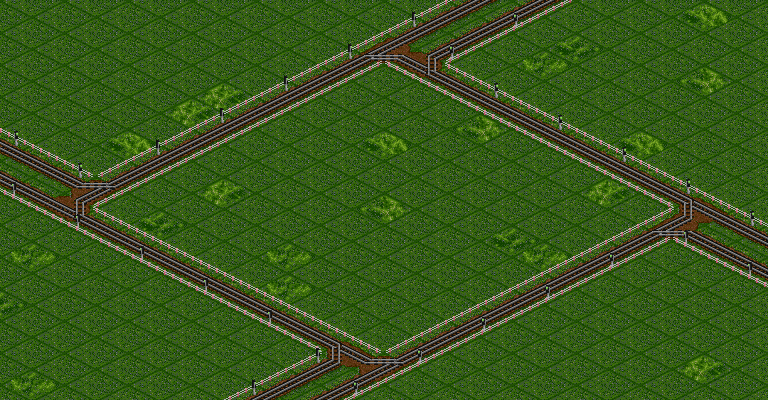 An additional benefit is that this is a junction that can be built very simple to start with, and then built up. For example, you can start with a square version of the basic Roundabout, and later on convert it into the Pre-Signaled version. This makes it very cheap to start with, and later when money is available the job can be completed. 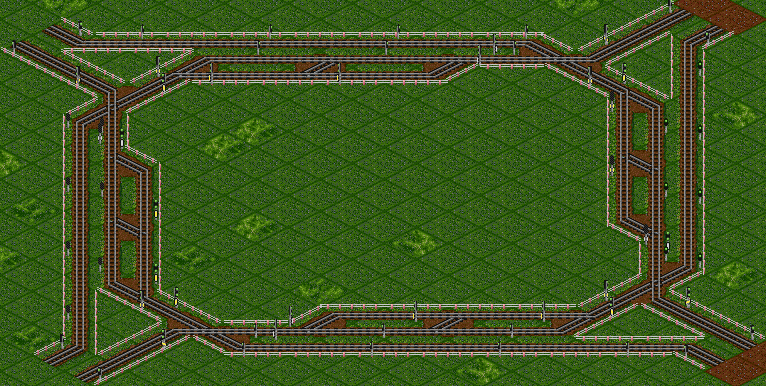 This is a little harder to build, but seems to be easier to find room for.

This is easy to build. A train can enter if and only if there is no trains on the two following steps. It has been proven that no deadlocks (or traffic-jams) can occur. This verification has been done using Petri Nets. [1]