Tunnels are useful for going under things you cannot move, or things that are too expensive to remove, like large mountains for example. You can't build a bridge over cities, stations or industries, but you can tunnel under them.

They can also be used in Junctionarys as vehicles can pass through them without slowing down, unlike with some Bridges.

You can dig tunnels for roads and railways. Bear in mind that you can't change between road and rail in a tunnel without rebuilding the tunnel (although you can change between different types of rail).

The screenshots in this tutorial show railway tunnels, but constructing a road tunnel uses the same steps. 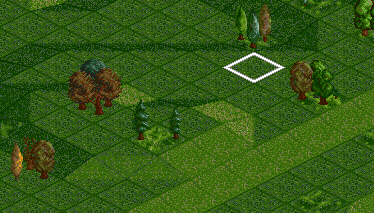 Tunnels can not be dug on flat land 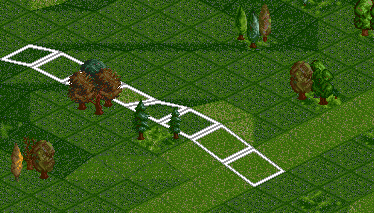 Tunnel can be dug here

To build the tunnel, just click on the sloped tile. 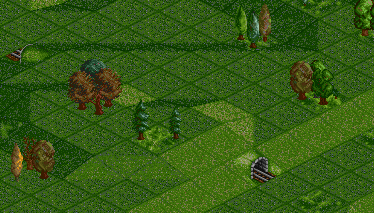 Congratulations, you have just dug a tunnel

If you want to tunnel somewhere that does not slope in the right place or direction, you will have to either raise or lower land to correct it and allow a tunnel to be built.

If there is a slope in an odd direction at the end of the tunnel, it will be automatically lowered so that the tunnel can be dug. However, you can't start digging the tunnel at such a slope; you must terraform it first. 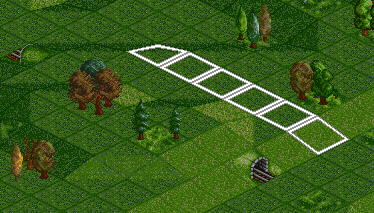 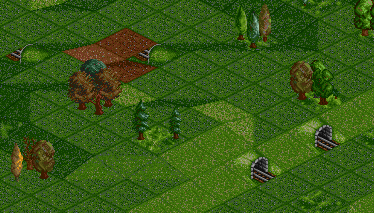 Sometimes, the odd directed slope can't be lowered automatically because of obstacles on surrounding tiles. You will see an error window saying so. 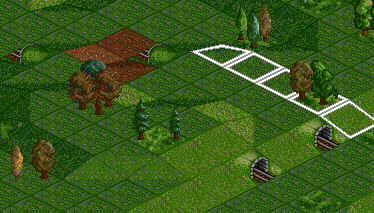 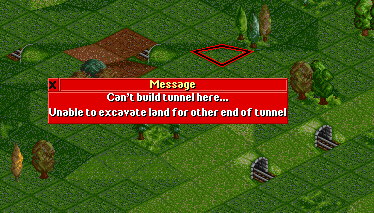 Raise the land manually, so the tunnel end tile is a flat slope. 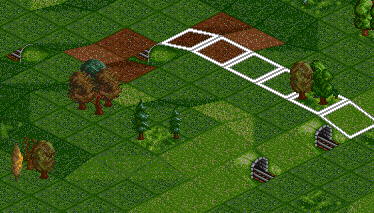 The tunnel can be built now