Trains are probably the most interesting — and certainly the most common — method of transport in OpenTTD. They are fast, have high capacities, and are relatively cheap to run.

There are five types of trains running on four types of railways:

Much of their popularity stems from the challenge of building large rail networks that service multiple trains travelling to disparate destinations. Doing so gracefully and efficiently takes practice and strategy, but is highly satisfying when accomplished.

This effort is aided by the large number of infrastructure tools — such as signals, four track directions, waypoints, and station flexibility (the latter two of which were features added by OpenTTD) — that can be used to produce a near infinite number of junctions and station layouts. More efficient designs usually take up more space, which means that strategy must be used to determine an appropriate trade of capacity to footprint.

Most of the engines in OpenTTD are based on real-life equivalents, just like they were in Transport Tycoon and the Deluxe version. Temperate climate trains are largely replicas of engines found in the United Kingdom, Sub-Arctic vehicles are based on Canadian counterparts, and Sub-Tropical versions derive from Central and South American carriages. Unfortunately, due to copyright considerations, the game vehicles were renamed with mysterious made-up names in Transport Tycoon and TTDeluxe, and retain those fictional titles in OpenTTD. It is possible, however, to revert the names to those of their real-life models (via NewGRF file: «Original vehicle name»). 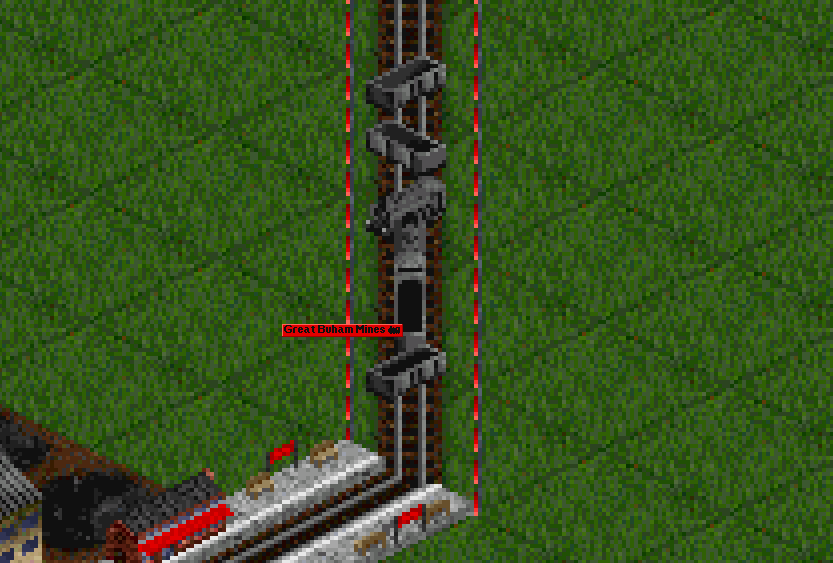 An early-game train crash. Notice the absence of signals and one-way tracks, which led to this crash.

It is possible for trains to crash (i.e. collide), which will destroy both trains, render the track impassable for a while and significantly reduce your ratings at nearby stations. The solution to this is to deploy Signals (en).

Trains can also destroy road vehicles if they are both on a level crossing at the same time — the train will continue undamaged but you will suffer the same ratings drop because of the destruction of the road vehicle. The level crossings have red warning lights which make road vehicles stop before the crossing. However they don't apply to vehicles which are already on the crossing. With plain or no signalling lights turn on just before the train reaches the crossing, which may be too late for slow or broken down vehicles. With path signals the lights turn on when the track is reserved for the train. Ample time for the road vehicles can be provided by placing the signals suitably.